I got the classic response when I went to the tow yard to fetch my laptop and books from my car.

A big, grizzled guy in his 40s or 50s stepped out of the office shack by the entrance gate.

I told him I was here to get my stuff out of the Audi A4 that had been towed in a few days ago. He said he was surprised to see that the driver was still alive. He didn’t smile when he said it.

I know I had been replaying the crash in my head, but I don’t think I had thought much about what happens when 2 cars collide head-on at 40+ miles per hour.

Thinking about it now, I remain more surprised that the hitter in his little Hyundai wasn’t hurt worse.

All I know about his condition is that he had broken a leg, and that in the ER after the crash he was laying on the gurney next to me, and a uniformed cop walked in and read him his rights then told him he and his stupid broken leg were under arrest. I remember that made me feel better about not punching him.

Damage To The Car

My great little car was totaled. The hood was broken off one of its hinges. The grill and bumper were smashed in like you’d expect. But the whole body of the car looked like a half-empty tube of toothpaste with the cap off would if you held it front to back and twisted it.

The steering wheel was broken off the steering column, and was lying on the floor. I must have locked every muscle in my body as I gripped the wheel, ready for the hit. The steering wheel probably dampened my forward motion when it held for that a fraction of a second before breaking free from the column.

My front ribs were broken where they hit the end of the column, and I realized it could have been worse.

The whole dashboard had been pushed into the cabin more than a foot.

The seat was laying sideways with the seatback down all the way, and the headrest broken off.  I remember I tried to move the seat and it slid. I could see it had broken off its floor bolts.

My crate full of books was now broken and wedged between the dashboard and the upright front passenger seatback. I picked out all the books and left the crate.

My laptop had been in the trunk where I habitually stored it to keep it safe from prying eyes when I was parked. I was hoping it was still there.

The trunk lid was already sprung and raised halfway up. I looked inside and didn’t see the laptop, and I remember thinking that maybe someone at the scene or the yard had stolen it.

Then I recognized the little chunks of grey plastic all over the trunk floor, and realized that was all that was left of my Toshiba laptop. I had loved the feel of the action of the keys on the keyboard of that computer.

It wasn’t a question if it was still useable or not, it just wasn’t there anymore. It looked like a thick glass bottle of sparkling water that had been thrown full-force in anger at a concrete block wall, leaving just a pile of glass chips below the impact point.

All that damage and the thing had only travelled about one foot from the trunk floor to its impact point on the front wall of the trunk.

Seeing those bits of the laptop did more to give me a gut feeling for the power of the car crash than seeing the broken off steering wheel.

I am one of the lucky car crash victims. Let’s say a prayer for all those who weren’t so lucky.

We all know some of them. The memory of the sadness of those sudden injuries and losses can last a lifetime. They can affect the life of individuals, families and whole communities.

I am grateful for that harsh reminder that I, and for that matter the hitter too, have been gifted a life on borrowed time.

To take the next steps on recovery from an auto accident, call Grande Family Chiropractic in Crofton today. 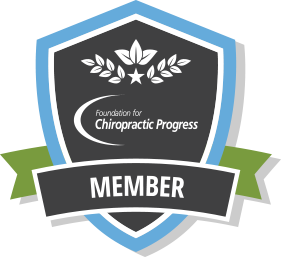